India, the site of the Buddha's great awakening, has a rich an ancient history of enlightened women, both monastics (Skt: bhiksuni, Pali: bhikkhuni) and lay women (upasika) savika disciples of the Buddha -- essential aspects of the Buddha's Four-fold Assembly of disciples -- the bearers of his inheritance. This blog shares with you some of the wealth of their long and contemporary history, together with sites, writings and happenings of interest.

The 13th Sakyadhita International Conference on Buddhist Women was held in Vaishali (Bihar) India, January 5-12, 2013. Website of the Conference.

Vaishali, located near Patna, the capital of the Indian state of Bihar, possesses an incredibly rich past in the history of Buddhism. Vaishali is one of The Eight Great Places that were either identified specifically by the Buddha (Lumbini, Bodh Gaya, Sarnath, Kusinara) or are places where a certain miraculous event is reported to have occurred. Sravasti was the Place of the Twin Miracle, and also the place where the Buddha spent the largest amount of time, being a major city in ancient India. Rajgir, another major city in India, was the Place of the subduing of Nalagiri, the angry elephant, through friendliness. Sankasia was the Place of the descending to earth from Tusita heaven (after a stay of 3 months teaching his mother the Abhidhamma). And Vaishali was the Place of receiving an offering of honey from a monkey. Vaishali was the capital of the Vajjian Republic of ancient India.
For Buddhist women, Vaishali is twice notable. First Lord Buddha ordained the first woman, his stepmother and aunt, Mahaprajapati, at Vaishali. Second he delivered his last sermon at Vaishali and announced his Parinirvana there. Vaishali was also the venue for the second Buddhist Council a hundred years after his demise.
There is additional information about Vaishali and its Buddhist history on the Wikipedia page.

Posted by Pathfinder at 8:37 PM

Articles on Women in Buddhism in India

The Alliance for Bhikkhunis

Supporting the Revival of the Theravada Bhikkhuni Sangha in India and around the world: www.bhikkhuni.net

The Problem of Identity: Women in Early Indian Inscriptions by Kirit K. Shah

Shah has examined hundreds of inscriptions belonging to three centuries before and after Christ to highlight the voices of ancient Indian women. In this work, Shah uses important inscriptional evidence to make a significant contribution to the study of women in early India. 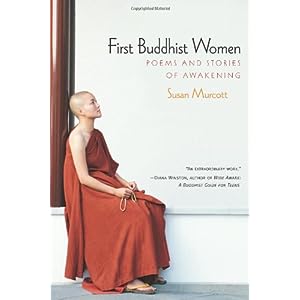 a collection of the world's oldest women's poetry of enlightenment
Read an extract from The First Buddhist Women here: http://www.wisdom-books.com/ProductExtract.asp?PID=10924

Portraits of Buddhist Women: Stories from the Saddharmaratnavaliya by Dharmapala/Ranjini Obeysekere

Faces of the Feminine in Ancient, Medieval and Modern India 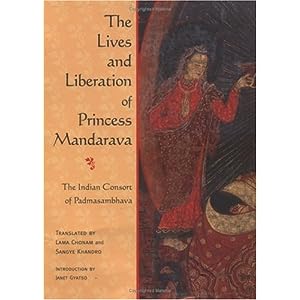 Being a Buddhist Nun: the Struggle for Enlightenment in the Himalayas by Tsultrum Allione 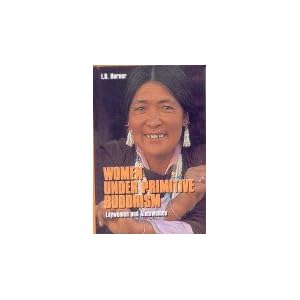 Power, Wealth and Women in Indian Mahayana Buddhism: The Gandavyuha-sutra by Douglas Oslo